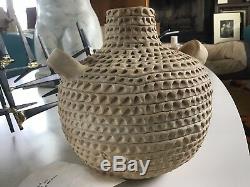 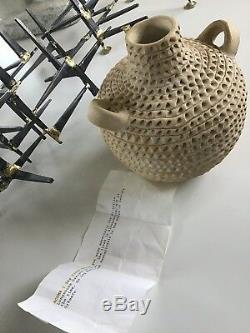 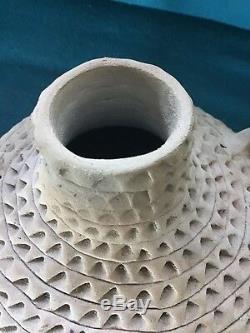 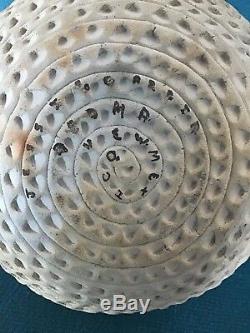 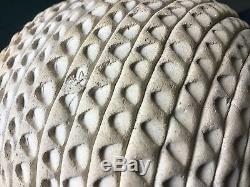 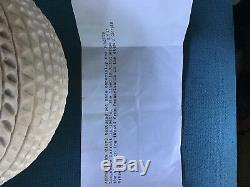 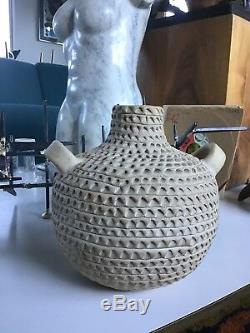 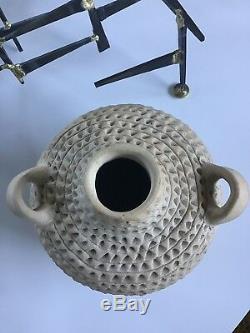 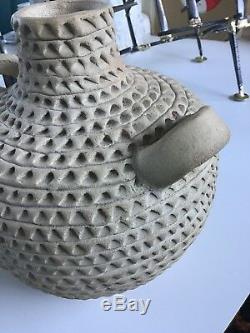 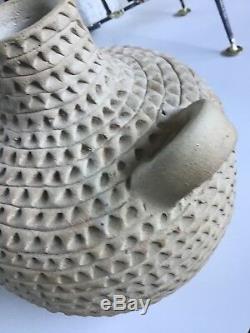 Jessie Garcia- Acoma Pottery - Sun Clan. Jessie Garcia is recognized, along with her contemporaries Lucy Lewis and Mario Chino, as one of the most influential Acoma potters of the past century. She was responsible for the revival of the ancient correlated white ware style represented by this piece. This particular piece was said to have been made for the American painter Pricilla Longshore Garrett. Unable to 100% confirm this but the piece was part of a collection that was said to have been owned by Pricilla.

Inserted in the pottery is a piece of paper with these details. The piece is in excellent condition. It has a spot that is fired in and not a chip but I want to mention it and it is photod. It is the way the piece came out of firing. The item "Early work By Jessie Garcia Acoma Pueblo Pottery New Mexico Native American" is in sale since Sunday, December 23, 2018.