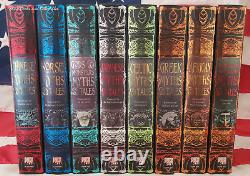 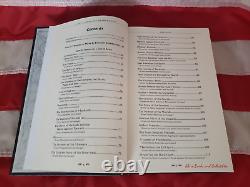 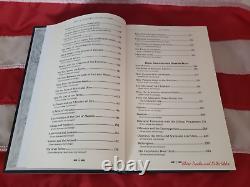 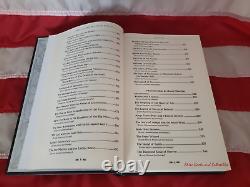 Never read or used in any way, perfect condition. Beautiful lettering & art design on the cover and spine of each book. Makes a beautiful Set of Myth Mythology books for your library. Each book measures 6.3(w) x 9.4(h) x 1.6(d).

Lively, stark and formidable, the imagery of Norse mythology storms through this classic collection. The fierce glory of Odin, Grey, Loki and their fellow gods of Asgard are featured here with all the great adventures, from Yggdrasil, the Tree of Life, to the endings of Ragnarok. And from the fabled Bifrost to the forging of Thors hammer, each Viking legend is riven with a vitality that speaks to us still.

The mythic invasions of Ireland, the mystical kingdoms, warriors, giants, creatures of the underworld and magic, these are the fantastic ingredients of Celtic legend. Because they told their own stories in the ancient way, by word of mouth, we understand the traditions of these proud people through the records of their mortal enemies, the Romans, but still they thrive, so bright and strong today. A potent pantheon of gods, heroes engaged in epic battles, fearsome mythical creatures, supernatural transformations - such fantastical elements infuse Greek myths with a wonder and excitement that's hard to beat. These tales of love, courage, conflict and intrigue - from the labours of Heracles to the adventures of Odysseus - shared for thousands of years, are still so powerful today. Dragons and phoenixes, demons and spirits, pygmies and giants, and a whole host of gods, goddesses, immortals, heroes and saints - China may have no organised pantheon or complete epic literature, but the myths and legends that survived the oral tradition to be finally written down, together with later tales, evince the truly rich and wondrous imagination of this culture, from the birth of humankind to the triumph of good over evil. Africa south of the Sahara is a land of wide-ranging traditions and cultures. This collection offers a hefty cross-section of evocative tales, from the Yoruba people of west Africa to the San people of southern Africa. Legends of the gods, origin stories, trickster exploits, animal fables and parables, each one entertaining and exciting, are all featured here from "Obata Creates Mankind" to "How Anansi Became a Spider". From the creation myth of Izanagi and Izanami, designed to explain the origins of the island of Japan, to the spine-chilling kaidan (ghost stories), and the hundreds of kami (gods or spirits), oni (demons or ogres), warriors and heroes populating the tales, Japanese legends tell the story of the land, the nation, the people and the divine heritage of the emperors of Japan. Often bloody and innately supernatural, this collection is a powerful read. Native American Myths & Tales. From the Algonquins and Iroquois of the northeast, across the Great Plains of the Blackfoot and Cheyenne, to the Navajo and Apache of the southwest, native American tribes are many and varied, and so is their mythology.

But they all share a deep-seated respect for Nature, which reverberates through the tales in this book, from "The Great Deeds of Michabo" to "The Legend of Haiwatha". Gods & Monsters Myths & Tales.

Encounters between gods, heroes and monsters make for tales of great adventure, which often reveal the darker side of human nature too. From the Norse Aesir and the pantheon of mighty Greek deities, to the gods of the earth and the sky in Pacific legends, most of the great traditions are featured here, including monsters galore, from the great wolf Fenrir and the chaos serpent Apep, to the fearsome Sphinx and terrible Scylla. Includes Tales & Mythology from Greek, Norse, Egyptian, Mesopotamian, Aztec, Sierra Lione, Rowanda, Angola, Native American, Irish, Indian, Chinese, Japanese, Australian, Polynesian, Mayan, Celtic, Scottish, Welsh, Tanzania, Kenya. The item "NEW African Norse Celtic Greek Chinese Japanese Native American Other Mythology" is in sale since Monday, March 8, 2021.